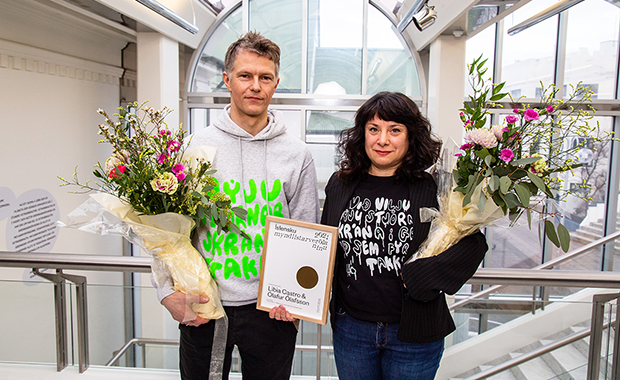 All of us at Hafnarborg would like to congratulate Libia Castro and Ólafur Ólafsson for receiving the Icelandic Art Prize 2021, as Artists of the Year, for their work In Search of Magic – A Proposal for a New Constitution for The Republic of Iceland.

Ólafur and Libia will open their next exhibition, Magic Meeting, at Hafnarborg on Saturday March 20th, but the exhibition presents work based on the aforementioned performance, which was staged by the artists and The Magic Team, taking place at the Reykjavík Art Museum, in the city centre, outside the Prime Minister’s Office and the Parliament House, on October 3rd of last year.

We also congratulate everyone else honoured at this year‘s ceremony. 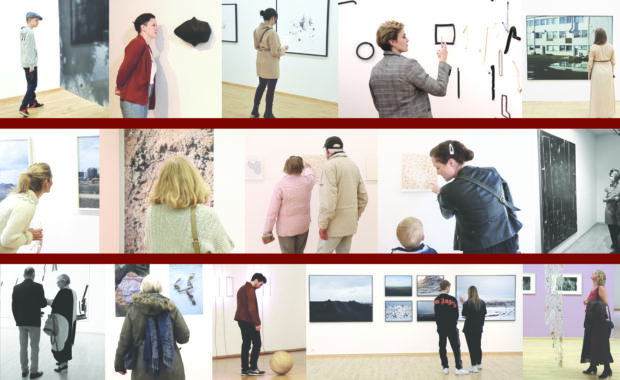 New guidelines have been issued by the Icelandic government regarding the maximum number of guests allowed in the museum at any given time, but the limit is now 50 people.

As before, we place a special focus on hygiene and preventive measures, regularly sterilizing points of common contact, reminding guests to wear a mask and keep a distance of two meters from each other, both in the exhibition rooms and the museum reception.

Entry is free, as usual. 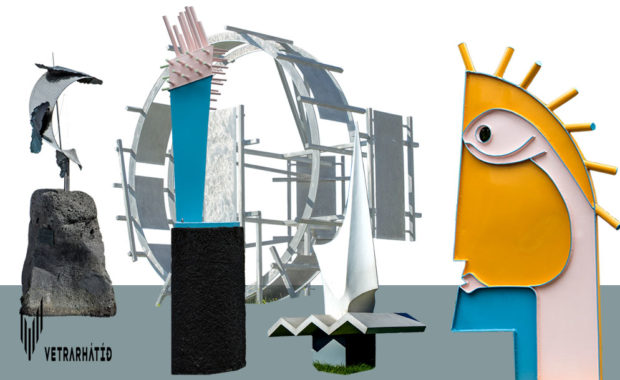 Hafnarborg in collaboration with the Hafnarfjörður Library offers an outdoor artwalk in the town centre. Scanning a smart code with your phone, brings you information in Icelandic about each work displayed along with a short entry from the realm of literature. The walk takes approximately 40 minutes, in order to visit all the works and listen to each piece separately.

Here is a map showing the location of the artworks:

An interactive map showing the location of all the public artworks in the Hafnarborg Collection is available at publicart.hafnarborg.is.

Opening hours of Hafnarborg have been set back to normal after the holidays. We are open every day from 12 – 17 p.m. except closed on Tuesdays. Admission is free.

The number of guests allowed in the museum at any given time is 10 people, in accordance to guidelines from authorities. These guidelines will be reviewed on January 12th.

As before, we place a special focus on hygiene and preventive measures, regularly sterilizing points of common contact, reminding guests to wear a mask and keep a distance of two meters from each other, both in the exhibition rooms and the museum reception. 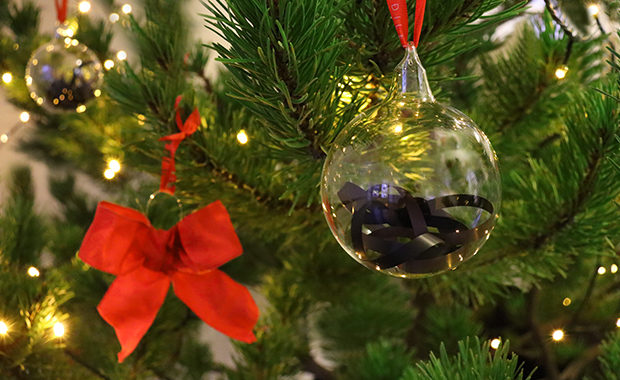 The Hafnarborg team wishes you all, the friends and partners of the museum, happy holidays and a joyful new year, as another great year comes to an end.

We look forward to welcoming you at Hafnarborg in the new year. 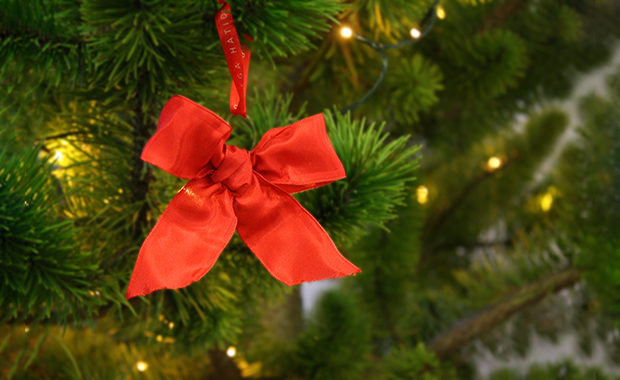 Hafnarborg is open as usual, until Christmas, everyday except Tuesdays, 12–5 p.m. The opening hours during the holidays are as follows:

The office of Hafnarborg will be closed during the holidays. Regular opening hours will resume from January 2nd. Entry is free and everyone welcome. 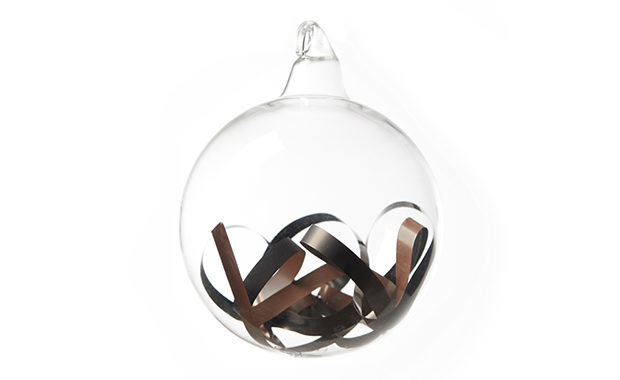 The Globe of Goodwill is sold out at Hafnarborg’s museum shop, as in most places in the Great Reykjavík Area. This year, the demand was such that the Globe sold out in a few days’ time, wherefore The Benefit Society for Children with Disabilities has decided to produce a few extra pieces, which will be shipped in the beginning of next year. A gift certificate is available here on the website of The Benefit Society, for those who wish to receive a copy of the Globe from this extra shipment.

There are still a few pieces left of this year’s Yuletide Lads Mobile at our museum shop. 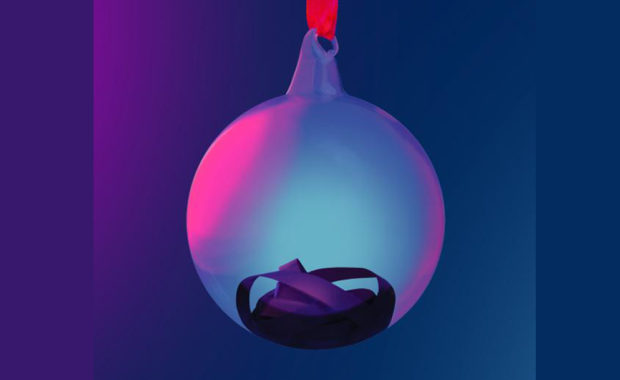 SILENCE by Finnbogi Pétursson is The Globe of Goodwill for the year 2020. Each year, the Globe is sold as a limited edition, but last year the Globe sold out. All proceeds go to benefit children and young people with disabilities. SILENCE holds a special tape recording, but Finnbogi says of the piece:

The Globe of Goodwill stores a moment of silence – one second on a metre-long audiotape. The recording was made at Arnarstapi in Snæfellsnes in the summer of 1986, between three and four in the morning. There I greeted the moment in which everything becomes silent; the birds, the wind, the sheep – the flies. The moment when nature recalibrates itself, becomes void of sound and a new day begins.

Finnbogi Pétursson is one of Iceland’s most prominent artists and a pioneer in his field of art. Having exhibited around the world, Finnbogi was Iceland’s representative at the Venice Bienniale in 2001. Throughout his career, Finnbogi’s primary medium has been sound. Captivated by perception, he blurs the boundaries between sight and hearing, often making the invisible visible. His all-encompassing installations make the audience active participants, who influence the artwork while rediscovering light and sound.

The Globe of Goodwill is a blown glass sphere, with a ribbon in red, the colour of Christmas and affection. No two Globes are exactly the same, but each of them beautiful in its own way – just like every child of the world.

The Globe of Goodwill will be available at our museum shop from December 7th until December 21st. 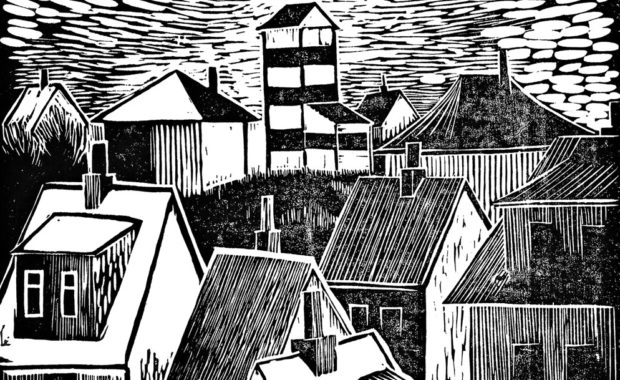 In Hafnarborg’s museum shop, based on artist Gunnar Hjaltason’s work Hafnarfjörður is now for sale. The poster is 37 x 56 cm and is printed in limited edition. An ideal Christmas present for 2.990 ISK. Orders can be made by contacting Hafnarborg’s gift store at hafnarborg@hafnarfjordur.is or by telephone at 585 5790 between 12–5 p.m.

A retrospective of Gunnar Hjaltason’s works is now on view in Hafnarborg’s Sverrissalur. Gunnar (1920-1999) worked in Hafnarfjörður as a goldsmith for years, but the arts were his true passion. His works were exhibitied widely in Iceland. He painted in oil, acrylics and watercolour, but Hafnarborg’s exhibition focuses on his prints, many of which belong to the Hafnarborg Collection. The images depict landscapes, town views of Hafnarfjörður and the Icelandic nature, as Gunnar was a great outdoorsman, having illustrated numerous yearbooks of the Iceland Touring Association (Ferðafélag Íslands).

As part of extended programming for The Wildflower, we are honoured to share the short film Three Thousand by Inuk artist Asinnajaq, but the film can be viewed here below, being accompanied by a short introduction by the artist in the above player. Produced with archival material from The National Film Board of Canada, Asinnajaq’s sublime imaginary universe “recast[s] the present, past and future of her people in a radiant new light.” Both historical footage and original animation, the short film dives into a complicated history retold with imaginative hope and beauty, and new possibility.

Asinnajaq ᐊᓯᓐᓇᐃᔭᖅ is an Inuk artist from Inukjuak, Nunavik. Her most recent film, Three Thousand (2017), blends archival footage with animation to imagine her home community of Inukjuak in the future. It won Best Experimental Film at the 2017 imagineNATIVE Film + Media Arts Festival and was nominated for Best Short Documentary at the 2018 Canadian Screen Awards. Exhibiting work in Canada and abroad, she is the recipient of numerous awards, including Toronto Film Critics Association’s Technicolour Clyde Gilmour Award. She is co-creator of Tillitarniit, a festival celebrating Inuit culture in Montréal. Asinnajaq is one of four curators working on the inaugural exhibition of the new Inuit Art Center in Winnipeg, Canada, opening this year.

Asinnajaq’s work Where You Go, I Follow (2020) is exhibited for the first time in The Wildflower.