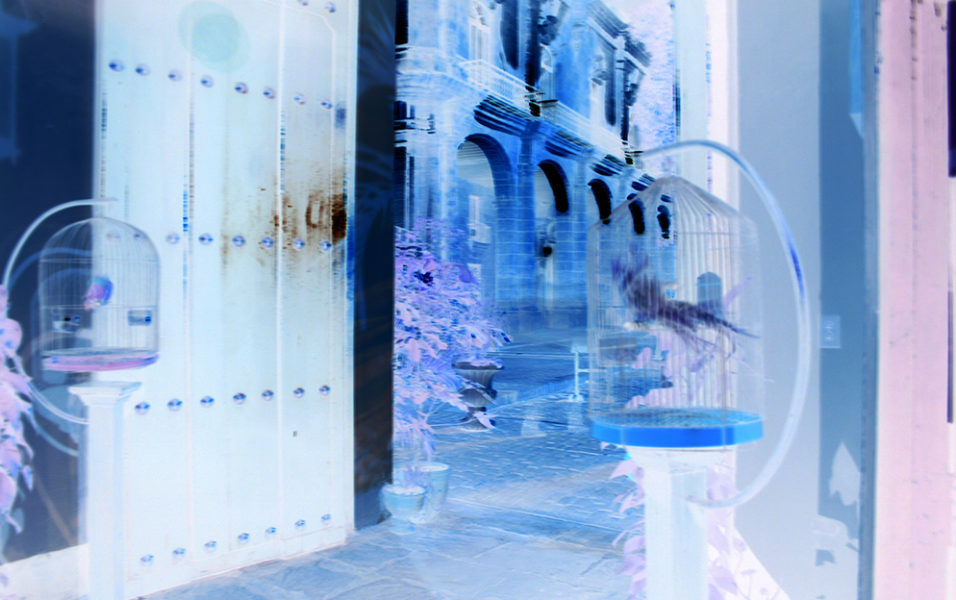 In Cuba, one will most likely be quick to encounter a lonely caged songbird – a tradition of owning songbirds is longstanding in Cuba and a part of their cultural heritage. As Katrín Elvarsdóttir experienced in her travels to Cuba some years ago, most homes she encountered had one, if not many, adorned in intricate cages within sparse and barren homes. Perhaps the Cubans feel a certain affinity with the songbird, their own movements restricted and controlled. An isolated human seeking an isolated companion in their own cage. In a place where economic poverty is the rule rather than the exception, perhaps ownership of a songbird presents a certain facade of luxury, implying an indulgence of lifestyle so as to mask the appearance of lacking and wanting.

Katrín Elvarsdóttir completed a BFA degree from the Art Institute in Boston in 1993. She has had many solo exhibitions, both in Iceland and abroad, including The Search for Truth at BERG Contemporary in 2018, Double Happiness at Gerðarsafn in 2016, Vanished Summer at Deborah Berke, New York, in 2014 and Neverland at the Reykjavík Art Museum in 2010. Katrín’s works have also been featured in many group exhibitions, including Silent Spring at Hafnarborg in 2020. Four books have previously been published featuring Katrín’s photographs and Songbirds, which will be published alongside this exhibition, will be her fifth. Katrín has been nominated for various awards, like the EIKON Award in 2017, Deutsche Börse Photographic Prize in 2009 and the Honorary Award of the Icelandic Visual Art Copyright Association.

The curator of the exhibition is Daría Sól Andrews.