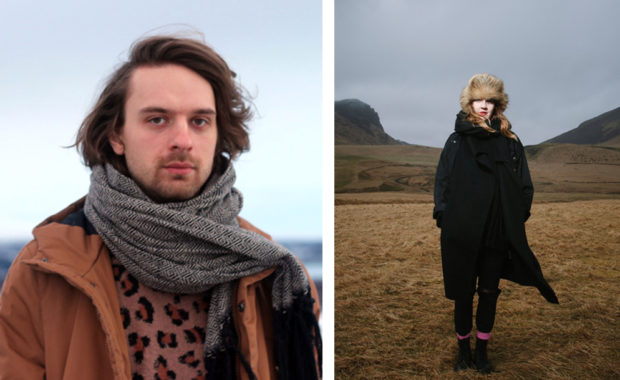 The Art Council of Hafnarborg has selected Community of Sentient Beings, curated by Wiola Ujazdowska and Hubert Gromny, as the autumn exhibition of the year 2021. By inviting various professionals – artists, academics, performers – to participate in the exhibition, the aim of the curators is to create a space for multiple voices to come together, while reflecting on different ways of voicing, hearing and sensing. In this way, the exhibition will offer a space for various kinds of engagement, with an emphasis on the project’s processual and performative nature, by activating the space and exploring different ways of inhabiting it, transforming the museum into the space of connectivity.

Looking at our connection to the world as a community of sentient beings will allow us to open various paths of investigation, whether it be the relationship between human and nature, human and culture, or human and human. The term sentient being allows us to abandon historically charged definitions, to think of personhood and humans more broadly. At the core of the concept, is an interrogation of the historical and social usage of a category of human, which concerns whom and what we consider part of a community. Hafnarborg and its history also provide an interesting context for such investigation, as changing the function from a pharmacy and chemist laboratory can be seen as a symbolic shift from healing practices based on science, namely chemistry, towards the spiritual and cultural agency of art.

This calls into question the tension between art and science, as approaching art as a cognitive capacity may allow us to comprehend that which cannot be captured by scientific reason – connections between worlds known and unknown. Extending our perception, the exhibition invites guests to sense a place or presence, pondering the importance of memories and different modes of communication, such as those mediated by technology, and bringing to mind the changes in Icelandic society, which is becoming more and more diverse. This diversity brings connection with other places, other traditions and different spiritual practices. Each newcomer arrives with embodied knowledge, a memory, which is a basis to encounter new, unknown land. Thinking of art as a vehicle to understand the invisible, to listen to undercurrents and reflect on them may then allow us to engage with various dimensions of what we perceive as a sentient being.

Hubert Gromny is an artist, researcher, curator and writer, based in Reykjavík, Iceland. He graduated with an MA from the Academy of Fine Arts in Kraków, Poland, in 2015. He also holds a BA from the Jagiellonian University in Kraków, where he studied at the department of philosophy. In his practice, Gromny investigates the intersections between art, theory and popular culture, in order to unfold the sociopolitical significance of aesthetics and culture.

Wiola Ujazdowska is an artist, performer and art researcher based in Reykjavík, Iceland. She holds an MA in art theory from Nicolaus Copernicus University in Toruń, Poland, where she also studied painting at the department of fine arts. In the years 2012-2013, she studied at CICS in Cologne, Germany. Ujazdowska’s work mostly focuses on body and gender in the context of politics, migration movements, class, borders and beliefs, as well as dealing with social and cultural constructions in philosophical, cultural and anthropological context.

Participants and details about the programming will be announced at a later date.

This will be the eleventh exhibition in Hafnarborg’s Autumn Exhibition Series, where the objective is to collaborate with different curators, who get the chance to submit their own proposals, allowing new voices be heard. The Director and Art Council of Hafnarborg then review the submissions and select the winning proposal each year.